I spent ages trying to sort this out.

I wanted a specific category to show up on our menu above in chronological order.

Such a simple fix… Select the URL of the category you want to show up, in this case: https://samandaliceroberts.wordpress.com/category/just-an-update/

Then I added the above url to my menu. Now you can read our journey in date order…

So it looks like month 3 hasn’t produced anything positive either. I’m trying to keep strong and continue along the road to happiness, but quite frankly there a lot of things that are coming up against us as time ticks by.

We’ve looked into our options with the house. Turns out instead of being able to extend our contract, the landlord wants to sell up. She wants to offer us first refusal, but it’s not really much help to me when I can’t get a mortgage. It’s just a bit of a sick joke really. A mortgage would be cheaper and would help us out greatly in the long run, but when your wife has a high genetic risk of cancer, then there aren’t many mortgage companies out there who will even look twice at you.

I don’t know what we are doing wrong with our donor. I know people who are trying for a baby spend months, maybe years trying to conceive and it seems early to be worrying. But when we’re not even contemplating going down the Natural Insemination route and we will only conceive by Artificial Insemination at home, then we’ve got to try and make things work for us. To be fair, I think we are going to have to get our donor checked for sperm count soon just so we don’t end up flogging a dead horse as they say.

So anyways, it’s not 100% that I’m not pregnant yet, but it’s certainly looking like it’s a negative. 2 tries down… I’m just hoping it’s all a step closer.

I’d love to stay optimistic at this point, but I’m finding it so difficult. 2014 has finally arrived and it’s the year I’ve been dreading for so long. I don’t know why it felt much better that Alice’s operation was next year as opposed to this year. It was only a day that made the difference.

I’m just so tired and it’s only the 3rd of January.

So I wrote this about both of us as I couldn’t think of 10 each!

1. Alice is a fantastic musician. She’s been in several bands, can pretty much play anything after 5 minutes, except stuff you blow into – dear god she’s bad at the Sax…

She’s got several music grades under her belt in Drums, guitar and bass. She’s even been known to front a band or two…

2. Sam was a DJ for many years. Some might say she suffered quite a bit from Peter Pan syndrome… She never wanted to grow up so she stayed in a Student environment for 13 years running Club nights, Karaokes, Rock nights and even the odd wedding and christening!

It left her with an extremely eclectic music taste, a love of Karaoke and a soft squidgy mess at many a wedding first dance.

3. Alice and Sam met while Sam was engaged to someone else.

A big soap opera style scandal ensued, but alls well that ends well… Perhaps it’s a story for another time.

4. Alice is originally from the West Midlands and met Sam while living in the Northeast.

5. Sam is originally from the East Midlands and met Alice while living in the Northeast.

6. There is 9 years between Sam and Alice…

7. Alice and Sam have matching tattoos on their left arm. They got it on the day Sam surprised Alice with a proposal. It reads With Every Beat.

Luckily, the Mayan Calendar was wrong and the world didn’t end on their wedding anniversary, further proving that Gay marriage is not going to cause the apocalypse.

9. Alice and Sam have moved house 5 times in 4 years and have lived in 3 different counties in the UK.

10. Both Sam and Alice were brought up as only children. Although later on Alice has now become close to her half sister.

Even Bernie and Nala are Gemini’s…

Byron was born in March. But on Friday the 13th of course!

Well, we are heading towards month 3 now.

Obviously month number one didn’t produce any of the results that we were looking for. Also we had a death in the family which I’ve mentioned before so it was difficult to continue without feeling disrespectful. Especially as my most fertile day was the day of the funeral. It just didn’t feel right.

So basically we postponed for month number two and look forward to getting our lives back on track and trying again this month!

I can only hope it is as bizarre of an experience next time and that we can be successful soon.

This month we find out what our long term plans are for the house too. I’m hoping we will be able to negotiate a longterm contract so that we know where we stand for the coming months. A chance to feel settled.

I’m just looking forward to seeing the light at the end of the tunnel.

Well seeing as though I can’t say the usual fluffy answers such as family, love and inner peace, I guess I’m going to be wonderfully materialistic in this post.

1. iProducts.
Now I couldn’t put down 1, 2 and 3 as iPhone, iPad and iMac so I’ve lumped them together under the tag iProducts which is a phrase I feel is completely under used.
I’m one of those geeks that lives on their tech.
I’ll use the phrase “I’ll google it” several times a day. Another favourite is “there’s an app for that”.
I feel a pang of fear and panic if my battery levels are lower than 50% and I don’t have the relevant portable charger with me.
I talk, FaceTime, bbm, blog, tweet, Facebook, email, text and iMessage regularly. I feel disconnected without this little piece of technology.
People wonder why I’m so attached to the tech and I tell them that it’s where my friends and family live. I speak more to my mum on FaceTime than I do in real life. It’s an issue with distance as opposed to ignorance.
I document everything with a status or photo. My dad thinks I’m on Facebook too much but he doesn’t understand that I love the anthropology of it all.
I get email updates about what I was posting a year ago. Sometimes 2, 3 or even 4 years ago. It’s interesting to me. It’s a condensed diary.
In the way that people write diaries, or perhaps in a more modern sense they blog, I like to document day to day life online so I can look back and see how far I’ve come.
So yeah, number 1: my iProducts.

2. My TV.
And with that my subscriptions. Netflix and sky tv. We gave up Lovefilm recently. There was a ceremony with candles, hymns and everything. One of them had to go and Lovefilm was it… A sad day for all involved.
Anyhoo, at the minute we are pretty strapped for cash so we spend a bit more a month on good movie subscriptions and a good tv package because that’s what we enjoy. We don’t go out every weekend and party until we vomit. We get a bottle of wine and watch tv. We have friends over and watch a movie. We obsess over what the hell is going on with American Horror Story or the Walking dead. We bitch about X Factor and nearly vomit while watching I’m a Celeb. It may not be the most intellectual of pass times but it keeps us happy.
I draw the line at soaps though. If we get sucked into soap land we find it hard to escape so it’s better to keep away!!

3. My Patmobile.
My Peugeot 1007. My red devil on 4 wheels. My granny wagon. My first car. My Pat.
I love and hate having a car. If someone could pay for the petrol and the maintenance then that would be fine, but they don’t so it’s the main reason we are skint.
It is the main reason that we have days out though. We get to pop to Morissons for a breakfast. We can have a drive over to Whitby. It gets me to work 40 miles a day…
It helped me play chauffeur to the family when they needed help while Alice’s nan was ill. It got me to George’s funeral in Lincolnshire in one weekend. It takes Grace out for the day with me and Chels.
Pat is awesome. Now I have him I wouldn’t want to let him go. Learning to drive is so expensive but so worth it.

So there you have it. My favourite completely materialistic, self-obsessed items of self indulgence.

1. Glee – I’m old enough to know better, but young enough to not care!

2. Reese’s cups. Love em. In fact, any chocolate and peanut butter combination. Funny thing is that I’m not fussed by chocolate or peanut independently. Oh and no jam (jelly) with my peanut butter thanks… When I was younger I thought it was cool. Now, not so much!

3. One Direction. Well this is guilty pleasures right?? Alice loves them. Which is even funnier because she’s a crazy rocker normally…

5. Having the house to myself and doing nothing. This drives the Mrs mental. She’s very obsessive when it comes to cleaning so if I can get away it, a day in my pjs doing naff all is heaven! Even if that means surviving on crisps and toast to make sure it’s a basic clear up job!

Yes they really are my feet and my pjs… Turtle power!!

6. Dancing. I love to dance. I can’t dance, but that doesn’t stop me. I love a sly boogie around the house. I’ve been known to involve the dogs too… Alice on the other hand is used to me now and accepts that every once in a while she’ll get twirled in the kitchen.

7. Musicals. I know is said Glee before, but I really love them. Sound of music, les Mis, phantom, calamity jane. My favourite at the minute is Wicked, but it’s always changing. I don’t go to London anywhere near as much as I should!

8. Bollywood movies. The drama, the cheese and those dance moves. Alice hates them so finding time to watch any nowadays is tough.

9. Onesies. I have a few and love to snuggle in them. I look like an idiot but at least my feet are warm!

10. Facebook. Now it’s not necessarily a guilty pleasure, but I’m always on it. I read every post that it shows me. I have even been known to complain to Facebook that it doesn’t show me every single post, so I can read through them chronologically and not miss a thing. Yeah, I’m always on it. I’m sure that’ll change once we have a family and I don’t have time, but right now I’m obsessed.

Facebook has a hold on most of us right?? 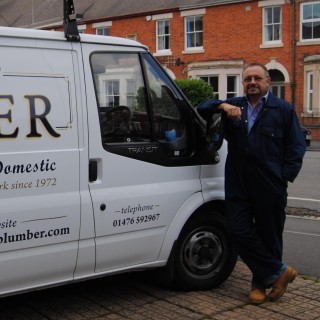